I Shall Go To Texas

In 2016 I kept a journal on a daily basis. Below is part of my introduction and some information on my printing process.

EXCERPT FROM INTRODUCTION
When I was in elementary school, my parents gave me a small diary, complete with a little lock and key. I made some entries, but my older brother made fun of my keeping a diary, and I quit writing. I don’t think my entries were in the style of “Dear Diary,” but even with straightforward writing, I stopped.

For the past ten years I have been maintaining a planning journal with events and notes. These are a great record, and I have frequently referred back to these journals for information. Last year I wrote a memoir of my life as part of a writing challenge and used my planners to create timelines that, otherwise, I would not have been able to recall.

In the fall of 2015 I found myself interested in developing another writing challenge. I decided to write 1,000 words per day for a total of 365,000 words written by the end of 2016. At first I planned to base the entire writing plan on creating an e-book every week, and developed several possible topics and seven part outlines (for 1,000 words each day). However, as 2015 counted down, I decided instead to focus my writing in four categories: e-books, devotional thoughts, blog posts, and a journal. Initially my goal was to write 250 words per day in each of the four categories. Writing 250 words per day for 365 days translates into 91,250 words, approximately 350 pages. Thus, starting with January 1, 2016,  I faithfully wrote a journal entry every night. I skipped a handful of entries, but wrote about most days.

Davy Crockett was an earlier frontiersman in the United States and represented the state of Tennessee in the U.S. House of Representatives for several terms between 1827 and 1835. When he lost in 1835, Crockett famously quipped, "I told the people of my district that I would serve them as faithfully as I had done; but if not, they might go to hell, and I would go to Texas." This state has been rewritten as a pithier, “You can go to hell; I shall go to Texas,” and adorns a variety to items in Texas-based airport gift shops.

BEHIND THE SCENES
I titled my journal “I Shall Go To Texas,” because I only lived in Texas during 2016. For a handful of years I needed to live in the Arkansas and Texas area for family reasons.

The result is the book you see pictured below. The total number of words was 143,193, which worked out to be 583 pages. 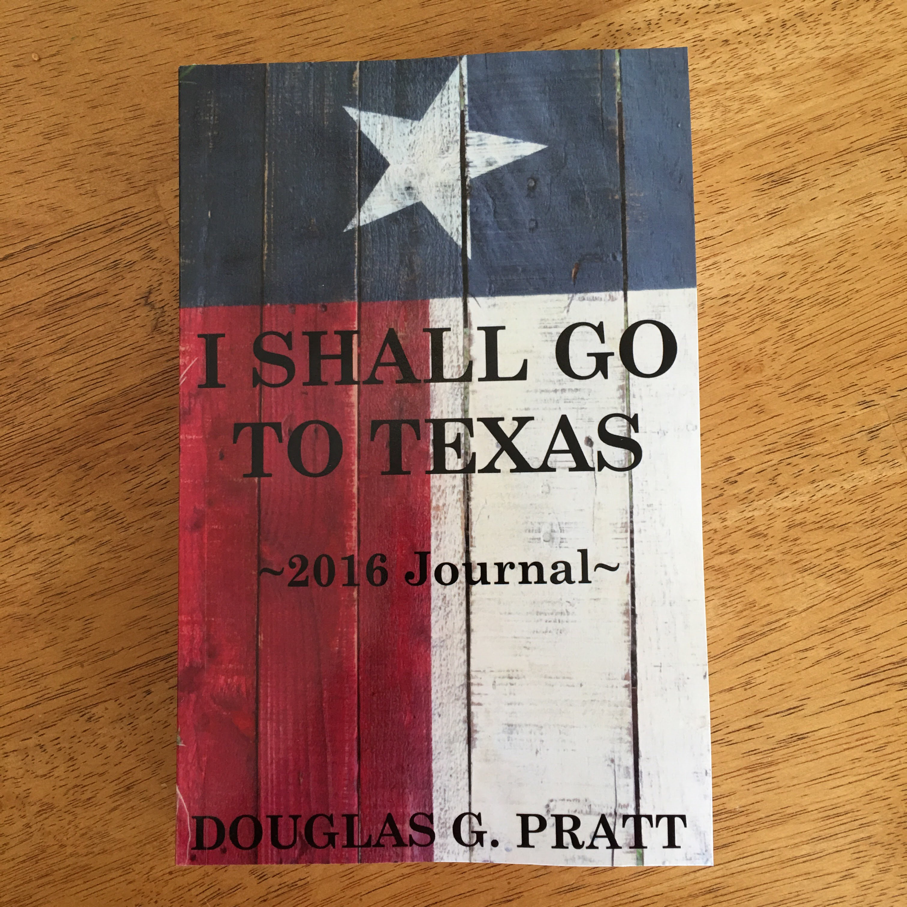 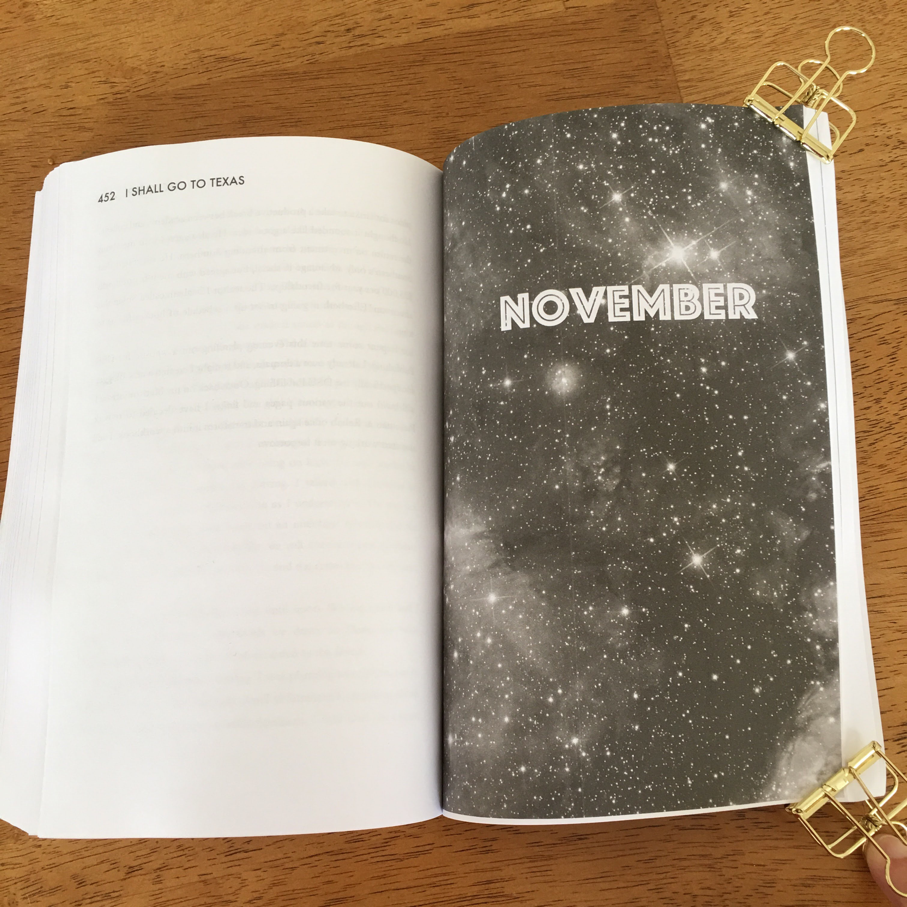 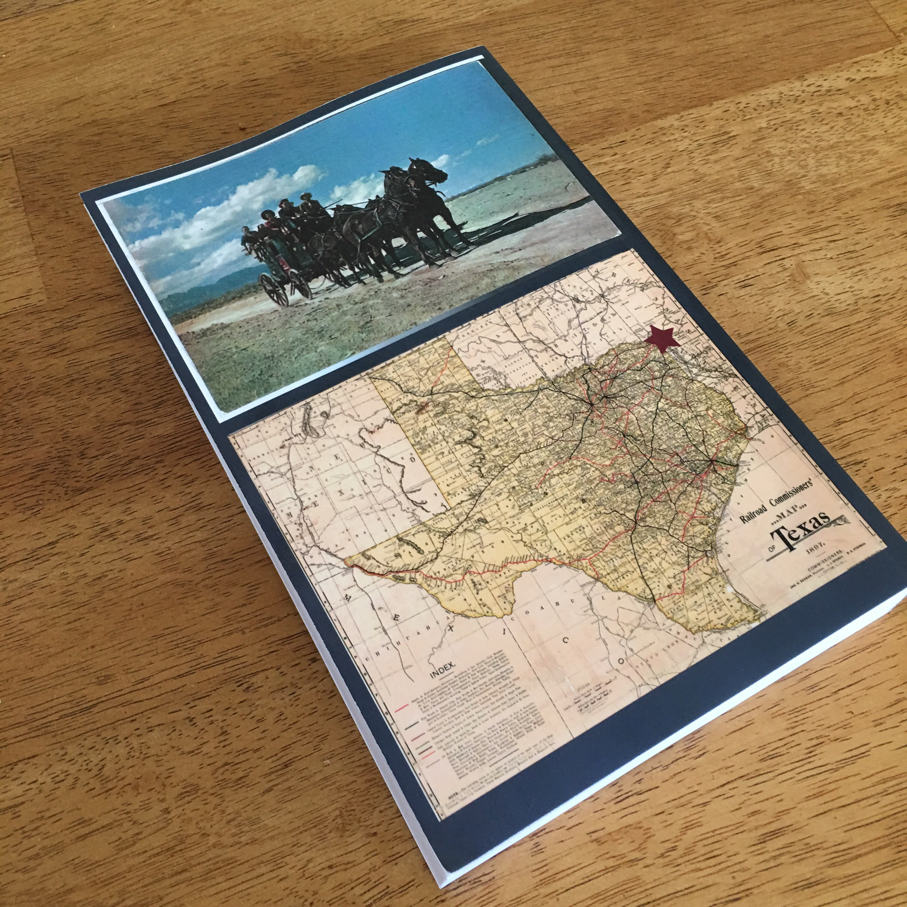 I wanted a paper version of my journal, and because it was meant only as my own record, I printed it at Lulu.com. Lulu is a publishing platform which allows you to print a small number of books, or you can utilize Lulu’s publishing services to maximize revenue and distribution.

I set up the pages in Microsoft Word, converted them to PDF, and uploaded the files to Lulu. A few weeks later,  I received the printed version of my journal in book form.

I encourage you to write on a daily basis. Journals are excellent records of activities through the years.