Hero's Journey Story Structure using The Tale of Peter Rabbit as an example. 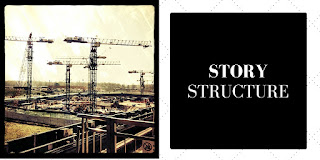 In 1949 Joseph Campbell published a book titled The Hero's Journey. In the book Campbell describes a parallel structure found in all myths that transcends time and culture. While this portion of the book is helpful as a story tool, the book is heavily influenced by the psychoanalytic theories of Sigmund Freud.

In the 1980s Christopher Vogler, a script consultant working for Walt Disney Pictures, published a memo in which he described the various structural elements of the the hero's journey, but without the psychoanalytic elements. Vogler later expanded the memo into The Writer's Journey: Mythic Structure for Writers.

The concept of the hero's journey is that every hero - the protagonist or main character of the story - goes through a variety of stages in a journey, starting with leaving home and concluding with returning home as a changed individual.

The steps of the journey


The Tale of Peter Rabbit

As noted in previous posts, the Tale of Peter Rabbit is a simple story that clearly illustrates the various steps of story structure. For this post, Peter's tale is organized according to the elements of the hero's journey.


I like the hero's journey model. It has more structure than the three-act structure, but a manageable number of steps.
Posted by Douglas G Pratt at 4:00 AM

Email ThisBlogThis!Share to TwitterShare to FacebookShare to Pinterest
Labels: learning