In this post, I share about another story structure you can use for writing fiction, structuring presentations, and telling true stories. 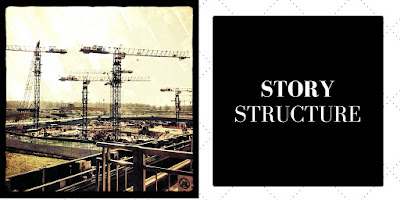 This is a model first developed by Dan Wells, an author of several books, both as series and stand alone novels. In 2010 he wrote a series of posts writing a story. Several other blogs have summarized his steps. The seven steps represent a very basic skeletal system, if writing a story of any length, but also provide a basic outline for a shorter story or presentation.

In the story of Peter Rabbit by Beatrix Potter, Peter disobeys his mother, explores a forbidden garden barely escaping with his life, and eventually gets back home.

Let's look at the seven point structure using Peter Rabbit as an example.


One of the unique aspects of Dan's approach is that he follows Stephen Covey's advice from the 7 Habits of Highly Effective People to "begin with the end in mind." As such, Dan starts with the resolution. How does the story end?

The next step is to decide on the hook. What is the main character doing at the beginning of the story?

With the ending, beginning, and middle determined, the remaining elements can be determined.

The two plot points should be created. Finally, the two pinch points, where increasing pressure is placed on the main character, should be determined.

Here is my take on Peter Rabbit using the 7-point structure. These are presented in the order using during the planning of a story, so you will have to mentally re-order them to read the story sequentially.

Dan Wells - How to Build A Story features slide deck and video.
Dan Wells - Writing a Short Story
Construction by Ravenblack7575 (via Flickr)
Posted by Douglas G Pratt at 4:00 AM