Take some time each day to unplug and think without distractions. 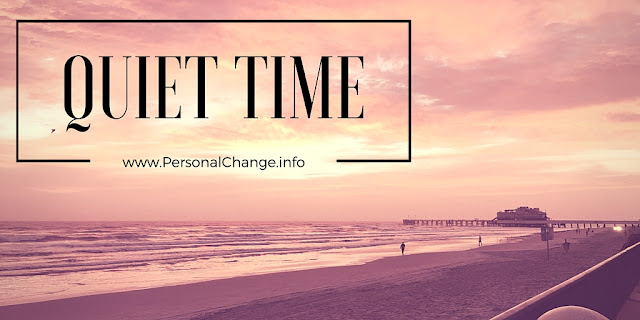 In 1997, while returning from visiting friends in Chattanooga, my car skidded on a patch of ice and I "failed to negotiate a curve" (according to the police report). My car careened off the road and down into a ravine, bumping trees along the way. The car came to a stop when it collided head-on with a  large oak tree. By this time I had already lost control of the car and was just along for the ride. When the airbags deployed, I was pushed back and momentarily disoriented. Once I came to my senses, I climbed up the hill, and was fortunate to be within walking distance from my dad's house. After this incident I decided to purchase a cell phone.

Prior to my accident I had never felt the need for a cell phone, but for the sake of safety, I thought it would now be a good idea. I found a plan with thirty minutes of talk time per month. I thought to myself that I would never need any more time than this. However, after a few days, I began to use the phone for occasional calls to my family and a periodic pizza order. It was not too long until I had to increase my monthly number of allocated minutes. Of course, today, most plans feature unlimited talk and texting while focusing on data plans as the primary source of revenue.

Ericsson Mobile Communications launched the first cellular phone marketed as a "smart phone" in 2000. Since then the market for phones has exploded. When the latest Apple iPhone model was released in October, 2015, millions were purchased around the world.

If you walk down any street or shop in any mall, you will find individuals using their phones for talking, texting, gaming, taking photos of themselves, and listening to music. What did everyone do before smart phones were so cheaply available?

I can still remember as a child our landline phone in the house. It wasn't even a cordless phone. It was a phone mounted to the wall of our kitchen, and had a rotary dial. If you left the house, you were without a communication device. I would play with my friends in the wooded land and run around the neighborhood; my mom used a bell to call us home.

Is it possible to disconnect?

It probably seems like I am reminiscing in this post, but I am coming to a point. We need to get back at least some of that disconnected time every day. We are constantly bombarded by information from every direction through out the day. Even while exercising, many listen to music, or watch television, while walking on treadmills or at the gym.