A couple of posts ago I discussed the differences between the Google Android and Apple iOS models.  One of the advantages of Google's model is that the software can be used by a number of manufacturers, resulting in inexpensive products. 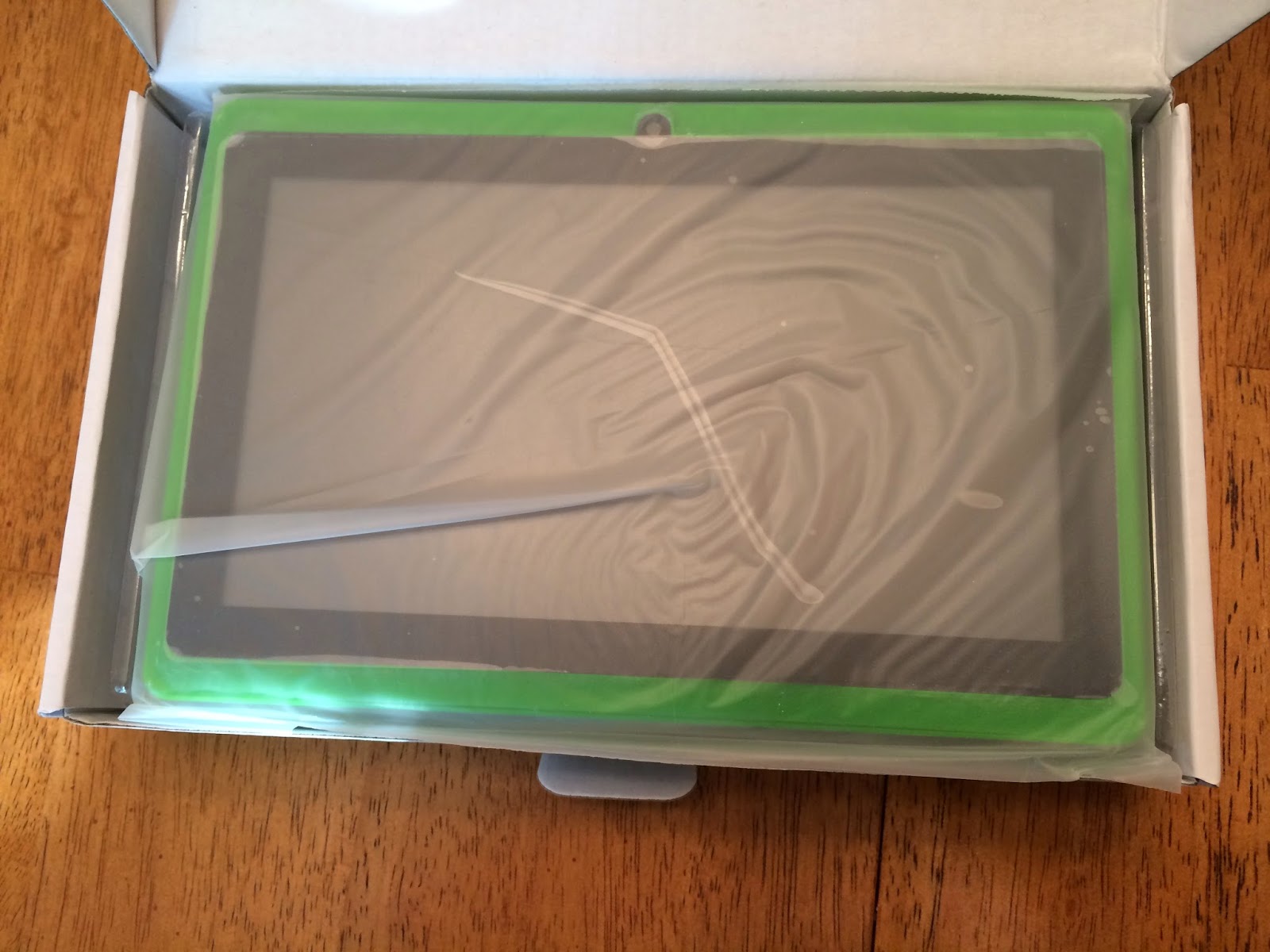 There was no name brand on the box - anywhere!  However, the tablet was packaged well.  The battery was only partially charged, so the first step was allowing the battery to charge to 100%.  The battery charges fast on this particular tablet.  One feature I like about Android is that you can see which apps are contributing to battery usage.  I discovered, for example, that Facebook was continually updated and utilizing 40% of the battery since the previous charge.

My Q8 is about the size of the iPad Mini (approximately 5x7 inches).  I don't have an iPad Mini, but will sneak my Q8 into an Apple store and try to get a picture comparing the sizes.

If you are looking for an inexpensive tablet, either as a second screen or as a starter tablet for your children, definitely consider this one.