Recently I posted about discovering the website Fiverr.com and how I found a narrator there to create an advertisement for www.PersonalChange.info.  You can also watch the video, which is at the top right of this blog.

The video Mike delivered to me featured him reading my script in front of a green screen.  Here is the original video as I received it:

The use of green screens and blue screen in Hollywood and in television weather studios has been around for several decades.  The advantage of filming against a solid color that is strikingly different from other colors in the video is that the background can be replaced with other video or still images.  With today's powerful computer graphics, movies like The Lord of the Rings and Star Wars (Episodes I, II, and III) make extensive use of this technology to create fantasy worlds.

As I noted in the blog post about Fiverr.com, this video was as much an evaluation of Fiverr as it was a promotional video.  I was satisfied enough with the result that I decided to include it on my blog as an "About this blog" video.

I decided to go with a simple background, a screenshot of www.PersonalChange.info. 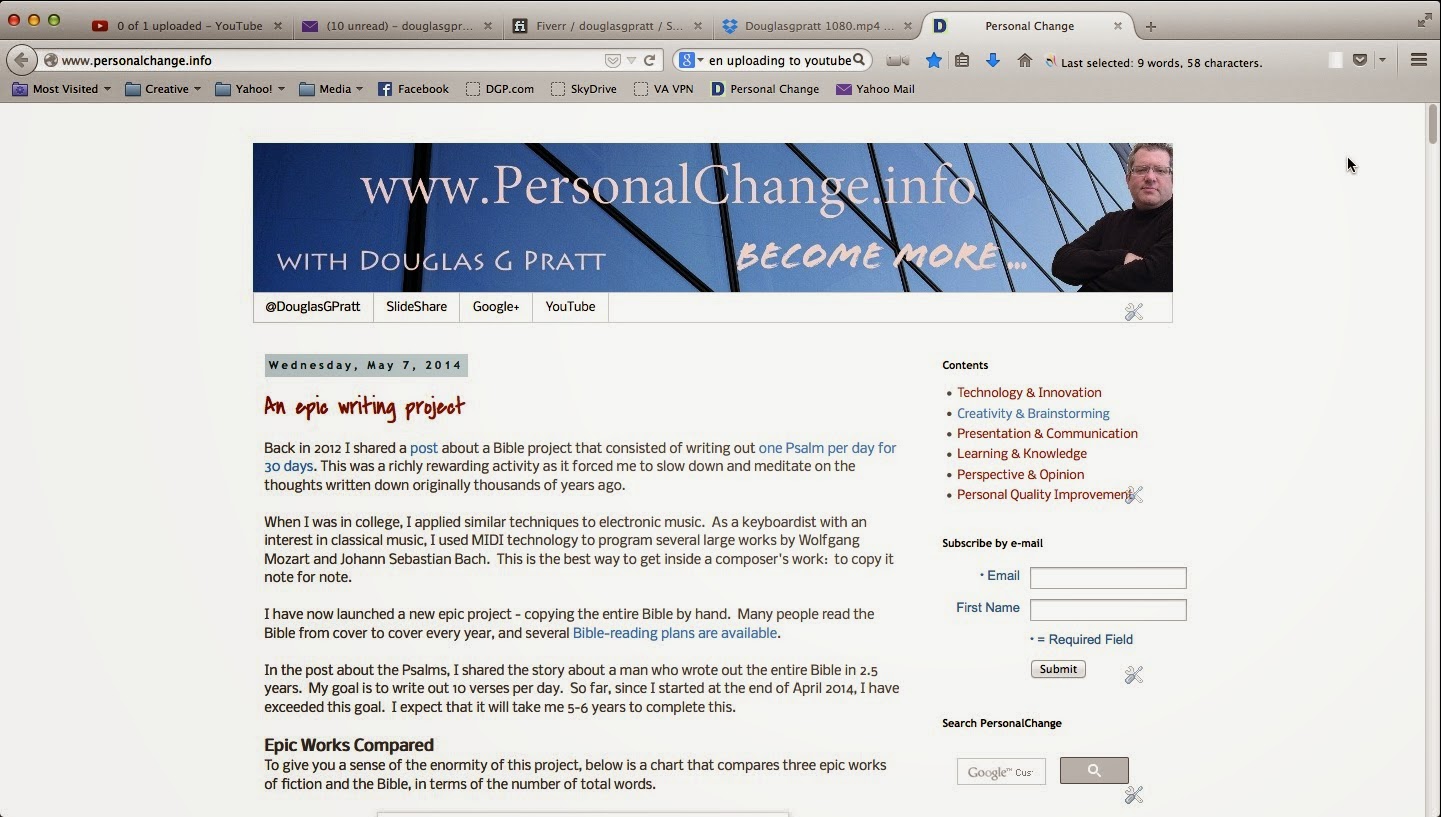 Camtasia is a video screen capture program with fairly good editing capabilities.  One feature missing from Apple's iMovie but available in Camtasia is the ability to remove a color, that is, use the green screen technique.  The developer of Camtasia, TechSmith, offers a 30-day trial of the full software.  I use Camtasia for Mac, but the functionality is available in all versions.

Place the background below the video image. 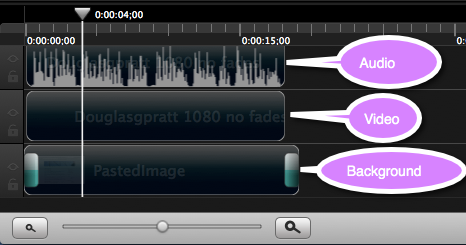 Step 2 - Select Video FX and drag "Remove a Color" onto the video. 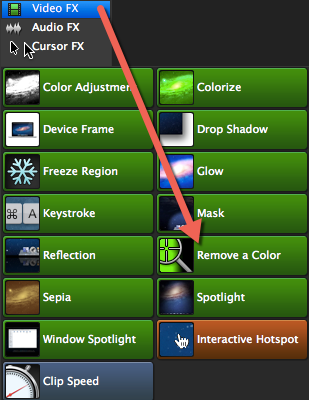 Step 3 - Select the color to remove and adjust.

The final video looks exactly like I expected.  Mike, the narrator, appears to be standing directly in front of the screen shot.   I also added a yellow banner to make the web address more visible.